Videotaped Confession Trounces RumorsWhile he may look great in an expensive suit, Herb Kohl finally admitted Tuesday that he is, in fact, straight. This revelation may come as a surprise to the homosexual community and the Shepherd Express, but actual footage of the senator admitting his orientation can be seen as well in some older Milwaukee Bucks video footage obtained by Real Wisconsin News. In the footage, Big Dog Glenn Robinson asks Senator Kohl if he’d like a sip of his Kool Aide, and Senator Kohl clearly states, “No thanks, Dog. I’m straight.” Big Dog seems to answer with, “I gotcha, big man.

”Senator Kohl has placed himself firmly back in the closet with the “I’m straight” admission, and has never made any statements to negate this evidence. In fact, back in 1993, Senator Kohl proclaimed that he was neither a gay man nor a lesbian, which only leaves straight man or straight woman as his options.Rumors about Kohl's flirtations are also baseless. Men and women alike were turned on by Don Nelson yelling at players and ruggedly conducting a tractor around the state, so we cannot come to any conclusions based on Kohl's rumored crush. There simply is no body of evidence to suggest that Senator Herb Kohl does not get completely turned on by Energee, the Milwaukee Bucks dance team, just like the rest of us, men and women alike. 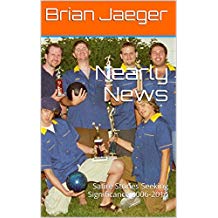