Mere days after the company that owns Jagermeister liqueur accused the Milwaukee Bucks of using a deer logo too similar in design to its own deer head, Jesus of Nazareth has joined the dispute by claiming Jagermeister 's logo is not without fault. According to Jesus, "I said unto the people @Jagermeister in a tweet, 'Forgive them Father, for they know not what they do.' I sometimes kind of imply meaning instead of coming out and saying it, so my lawyers have suggested I explain what I meant."

Jesus said that his legal team sent notice to Jagermeister stating that it's use of the Christian Cross logo was an infringement. Furthermore, it states that permission for use of the cross in logos for alcoholic beverages had been revoked, with the exception of red table wine and beers bottled by monks.

Jesus' legal team, headed by Adam Steinberg, added some details: "Generally, Jesus prefers to turn the other cheek when it comes to any misuse of Christian icons. However, Jagermeister's singling out of the Milwaukee Bucks drew the ire of not only the Son but also the Father. Quoth Jesus, "Dad was like, 'they have logo copyrights to a deer head? Next they will claim to own all the logos with sparrows or lilies of the field.'"

While it's true the new Bucks logo has some similarities to the deer head in question, it is also true that God is sick and tired of endless litigation requiring sworn statements. To a lesser degree, the use of religious icons for clearly non religious purposes has been a pet peeve of Jesus for at least a millennia. "I don't know what Jagermeister wants to say about Me, but to imply I support Jagerbombs and the immoral behavior associated with binge drinking is an incorrect assumption on the part of the company. At least the Milwaukee Bucks logo uses a cute implied basketball on top of the deer's rack rather than a symbol incongruous with their mission."

A spokesman for the Bucks said, "We were copying the Bulls logo and had no intention to steal any other logo. I mean, how many ways can a freakin' deer be drawn?"

Jesus agrees; sayeth the Lord, "The logo is not implying it's some kind of false god. It's just a deer with a basketball. This does not offend Me."

Donald Trump: What We Say Versus What We Mean 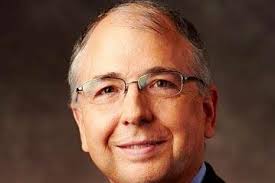 Saturday, February 27, 2016 12843
As an independently wealthy business consultant, I can tell you how good it feels to tell others to go f-themselves. Like if someone doesn’t detail my BMW properly when it gets washed. However, there are some situations when I want to go tell a client to f-off, but I just have to let it go, like if the client makes more in a year than Guyana. Like if I was working for Johnson Controls, and Alex Molinaroli tells me to shine his shoes while wearing a French maid outfit, I’d probably do it because the man makes $20 million a year and deserves to be able to humiliate anyone he wants. Like his wife. I bet he treated her like dirt, but now she’s pretending he didn’t because she gets half of what he makes, and she wants him to keep his job, so she’s acting like he’s not such a bad guy anymore. That’s power, folks. Alex said f-you to his wife while boning a company consultant (no, not me), and then when the ex-wife ripped into him, he told her f-off again if she wanted to keep half his f-the-world salary. That’s bold: tell the world you lied yesterday about me, ex-wife! He probably made her change her Facebook status to reflect her new-found honesty about how good of a man he is. F-yeah, Alex Molinaroli! That’s what every ex-husband wants to be able to do. Alex Molinaroli, after telling his ex to go f-herself, then told the leftist press to go f-itself, giving an “often-testy 30 minute interview” to The Milwaukee Journal-Sentinel, clearing his name for those of us who can see that it takes two balls the size of the Allen-Bradley clock faces to take on the press, your ex-wife, the mistress you met at work, and allegations you blew millions of dollars in a Ponzi scheme (and continued to support the accused), all while saying f-you to anyone who thinks you might be inept at managing money or relationships. Alex Molinaroli apparently even said f-you to the board at Johnson Controls. That would be like me going into a client’s office and saying, “F-you; we’re doing this campaign my way or the highway. My ex-wife needs a new fur.” This is really a testament to America that a man can get to a point where he can tell his ex, the press, and his employer to f-off and have a job because he’s just that important. I mean, this man’s EX-wife makes more a month than my loser public school teacher brother-in-law makes in a YEAR. The company this man runs makes billions a year, and it’s obviously all because of him. In fact, Johnson Controls should probably consolidate operations and let a thousand or so employees go in the Milwaukee area so that they can retain Alex Molinaroli as CEO. He’s obviously worth well more than 200 of their $100,000 a year employees. He probably has CEOs of auto manufacturers wearing French maid outfits and shining his shoes as he tells them to f-themselves during negotiations. Truly, Alex Molinaroli is an example of why there is and needs to be a healthy class system in America. Some of us, those of us who tell the others to f-off, simply deserve others to be below us, and it’s a positive sign that Johnson Controls recognizes a truly classy man when they hire one. Plus, it’s a great way to say f-you to employees and customers interested in ethics and morals. As Alex Molinaroli says, "I think that we all make mistakes in our life. I assume that that is allowed." F-yeah!
Read More...