Arthur Civellio, a local photographer, believes he and a few of his competitors have stumbled onto the next fad in photography that he hopes will be bigger than middle school airbrushing, weird kid reflection photos, or senior pic slut portfolios.Arthur will be establishing a new business plan that captures many of his former clients who will be making a second big transition: divorce.

Arthur tried to break into the pregnancy picture world of photography, but he realized that only about 10% of couples who have babies want photos of Mommy when she’s as big as the living room couch. Besides, draping Daddy all over her like she is the living room couch has always seemed a bit odd to the photographer, who says he prefers more standard glam photos of expectant mothers beached on the lakefront. Either way, it’s not a lucrative business because so few couples get the photos done, never get them for a second pregnancy (when Mommy tends to get as big as a minivan), and some couples never even have babies.

Baby photos are great, but most families only splurge on the first child, then figure out they could send the second kid to college for the amount they spent on quarterly photo shoots for baby. That’s if they even have a second child, which is less common if the marriage is already on the rocks, unless they have the second one to save the marriage. But that usually doesn’t work, anyhow, so a seasoned photographer knows a single child is about all he’ll get out of a couple and might even delete the couple from the mailing list afterwards.

Weddings are not as lucrative as they once were, probably because so many people realize how useless all those photos will be when their bliss ends in divorce court. Have you ever heard of any couple arguing over who gets to keep the wedding pictures? A lot of the weddings end up being someone’s second or third, and those couples just don’t care as much about the full array of photo opportunities, especially since Grandpa’s no longer around for the big family reunion pic. Granted, couples do tend to hire photographers, even for a fourth wedding, but many times it’s a family friend with an SLR by that point.

The new trend in divorce photo shoots allow individuals to show aspects of themselves not seen in family photos, all while preparing for the online dating scene or for the need to update Linkedin or Facebook so that they look happy without the old ball and chain. In fact, a standard shot includes an action photo of the subject throwing a biodegradable ball and chain into a waterfalls or at a prized possession, like a pickup truck.

Divorce shoots focus on individuality. If a husband really enjoyed watching the football game, but his wife always tried to make him visit the inlaws on weekends, the photographer might do a shoot at a local sporting event or just on the couch. “Some guys just want to relax with a cold beer and pick their toenails and calluses on their feet,” said local photographer Jane Moore. “If he wants to send a series of photos of himself sitting in various chairs with his robe on, smoking a cigar, I’ll shoot it.” Women tend to focus on activities like reading or pretending to be characters from books they’ve read. ‘You’d be surprised how many women have requested Regency-era dresses,” said Moore. Mostly, however, men and women can agree that the photo shoots depict doing activities their spouses detested. While a man might head to a gentlemen’s club for a shoot and a woman might go horseback riding on the beach, the result is a happy customer.

Divorce photo shoots often incorporate a new relationship as part of the theme. Since these relationships don’t tend to last, photographers are weary of making them the focal point. However, it is understood that a Facebook post with a new flame looking hot is a definite selling point. “I usually tell customers to have the new boyfriend or girlfriend show up for part of the shoot and wear something the spouse would never have worn, like tall leather boots or tight pants. We also try to call attention to tattoos or piercings,” claimed Civellio. Clients see it a double bonus if the photos are of the new significant other participating in the activities the spouse refused to do, like attending the ballet together.

Newly-divorced clients love to get photos with their kids. Taking family photos without the person who nearly ruined your life (but gave you the kids you love) is seen as an opportunity to move on without abandoning the family. “People love their kids. Moms and dads both do. And they love getting those professionally-taken photos to show the ex just how much more the kids are loved by one over the other,” said Moore. Dad’s might feed the kids food laden with gluten and yellow dyes. Moms might play a gameof catch with a youngster. Mostly, the point is to show that the family will no longer be sad and hateful now that the monster is out of the picture, literally.

Here are some sample shots from local photographers: 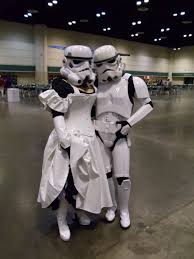 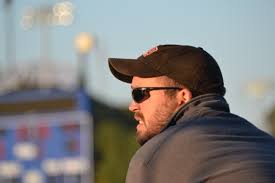 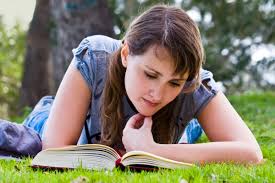 Thursday, September 27, 2007 19429
A 20-year-old student was arrested Sept. 19 on charges of theft of textbooks from the union bookstore. He was arrested after he was seen on video taking the books and identified at Panther Book Store where he went to sell them. He got $15 for the books and was arrested. He reportedly admitted the theft, saying he needed money to buy books for his classes. So why didn't he just steal the books for his own class?
Read More...