Scott Walker Not a Horrible Person 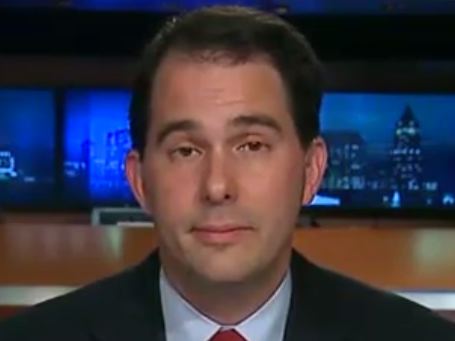 Though Scott Walker has lied to get into office and has taken phone calls from billionaires in office while enacting laws that send Wisconsin labor back 150 years in the hopes that all labor will join them after having gotten into office by having publicly-paid employees campaign for him while on the job, he’s probably not really such a bad guy.

For example, would I trust Scott Walker not to molest a ten year-old boy?

For the answer, read more:

Suite Life of Brewers Fans Should not be Interrupted

Thursday, August 02, 2007 3751
I pay a lot of money to have a luxury suite at Milwaukee Brewers games, or should I say the company that pays me what I’m worth pays a lot for the suite. I say that the rich and famous of Milwaukee deserve to flush whatever they want into the river because we keep the city afloat. I was told that the suites are responsible for the raw sewage being dumped into the river, and that the restrooms may not be available for opening day. That’s simply outrageous! I have some very important Taiwaneese businessmen coming to the game to see Hong-Chih Kuo play and possibly sign a multi-million dollar deal for me, and there is no way they are going to use a port-a-pot so some tree-hugging enviro-nazis can limit the waste in the river.
Read More...

Could a Songbird Hunting Season be in the future?

Tuesday, September 25, 2007 15102
The state of Wisconsin is currently considering adding another season for all you hunters out there. Now you could have the chance to legally harvest those wall mounting cardinal, finches, and orioles that have been hanging out around your bird feeder, instead of just the squirrels.Wisconsin State Representative Joel Kleefisch, a Republican and a real man, has proposed a bill that will allow the hunters of Wisconsin a chance to knock down the overpopulated songbird population. Joel stated in a recent interview, “I’m tired of having to fill my bird feeder twice a day in order to feed all those songbirds.” In light of the passing of the bill for mourning dove hunting in 2001 in the state allowing hunting of them for the first time since 1918, hunters are hoping this will also be passed. Jeb Franken stated in an interview: “I’ve been picking off them stupid squirrels for years around my feeder, but what I really want is a nice cardinal roast for supper one of these days. I hope this will be a step in the right direction.”
Read More...