In an effort to bring Wisconsin back together as Christians, Scott Walker saved Christmas just before the bid to recall him from office, and he is hoping that the effort will prove once and for all that he is the true chosen leader of the state. By reclaiming the Christmas tree from liberals, Walker has brought back the Christmas season to Wisconsin. The citizens had been celebrating a pagan festivus holiday for the past twenty-five years, according to Walker's aides. Walker said, “The New Wisconsin Order will allow Christians to celebrate a Christian holiday that's always been a Christian holiday in a state that's always been a Christian state in a country that was founded by strongly Christian founding fathers, with Christianity as its founding principle. And it says loud and clear that Wisconsin is open for business this Christmas season.”

The Walker administration hopes that re-affirming Christmas will instill a sense of confidence in the state. “Constantine became a Christian and defeated his heathen enemies. And those were Germanic warriors. I think Jesus and our grassroots, family-values groups in Wisconsin can handle a few union thugs,” said Walker of the upcoming recall test. When asked how Christian values have been used in his own decisions in government, Walker said that the Christian value of owning and using a firearm was very important to him. He also stated that shared sacrifice by union employees who are much happier now because they have less is a perfect example of Christian charity. “Unions are all about greed and wanting to get more out of employers than the employers want to give, and Jesus taught us in the parable of the servants from Luke:

'But who is there among you, having a servant plowing or keeping sheep, that will say, when he comes in from the field, 'Come immediately and sit down at the table,' and will not rather tell him, 'Prepare my supper, clothe yourself properly, and serve me, while I eat and drink. Afterward you shall eat and drink'? Does he thank that servant because he did the things that were commanded? I think not. Even so you also, when you have done all the things that are commanded you, say, 'We are unworthy servants. We have done our duty.'

That pretty much sums it up, I think, because as civil servants, it's the state workers' job to serve. When they all see that Christmas tree, they'll remember the reason for the season and why they should joyfully give back.”

Walker also pointed out that retail sales will likely improve this year because the Christmas tree is back, since Wisconsinites will once again exchange gifts and enjoy the merriment of the season. When asked if the Christmas tree will alienate any other religious groups, Walker said, “Some of my best friends are Jewish billionaires, and I think I'd know if a Christmas tree offended them. I'm not offended by their Jewish candle thing. Of course, anyone who's not Christian is going to hell, but that's for God to sort out later.” 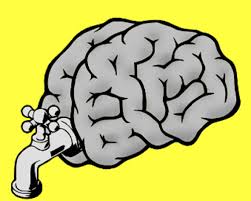 Saturday, February 27, 2016 35792
New College Plan To Reflect Walker's Own College Career The new three-year Walker Degree to be offered at state colleges and universities is part of Scott Walker’s plan to bolster Wisconsin’s already elite standing as a top college state. The plan, expected to provide employers with a considerable increase in available college graduates, will also provide many students who gave up because they were either stupid or unmotivated another chance to succeed. Walker says it’s a win-win for the state of Wisconsin. Studies that go unread by most students who drop out of college indicate that most students who drop out maintained a lower GPA than those who remained in school. These studies also indicate that students who study and take school seriously stand a better chance of graduating, even if they are only going for a degree as simplistic as social work or sports marketing. However, Wisconsin is suffering from what is known as a brain drain, wherein people with college degrees tend to leave for states with more progressive policies related to women, children, and freaks of all kinds. According to Walker, the best way to fix this brain drain is to issue more college diplomas, allowing college juniors to graduate early in order to go pro. “I learned that a below-average college student can go on to be the best governor since Ronald Reagan,” said Walker. “How many future Tommy Thompsons or Paul Ryans are stuck hating all of their liberal professors and addicted to high-speed streaming porn? Or even future Barack Obamas: hard-working immigrant Muslims who lack the funds to finish one more year and might then turn to radicalism.” The new degree will be sanctioned by the state and include such classes as True Americanism in History; Economics: No Government is Good Government; Real Heroes: Ronald Reagan; This Land is Our Land: A Revisionist History of Native Americans; Realistic Art; Black Studies: How Hip-Hop Ruined America; Women’s Studies: Stop Whining; News Media: How FOX News Saved Our Country; and many more still in the works. Since many college professors balk at the accelerated curriculum and conservative content, teachers will be appointed by the state if necessary. “If a professor cannot handle teaching an NRA-sponsored elective on gun safety and rights, we can find a fully-qualified high school graduate to man the helm,” said Walker. “The right education will allow all Wisconsinites to make informed decisions that will make our state a leader, not a follower. For example, our Gay Studies class will demonstrate how homosexuality is a disorder that can be treated, and that will lead to a lot of people getting better. And that's good for Wisconsin.” When asked if the courses being offered in the new Walker Degree would be politicized, the governor said they would not. “True education has no political party. Unlike the Common Core or liberal-minded professors, our classes will provide usable information and skills for all students. Our Business offering Outsourcing 101, for example, will give real instructions to real people on how to sell their ideas at a profit. That’s what students want out of college.” Walker has stated that all students who have earned at least 90 college credits since 1980 will also be given the Walker Degree, and that would include himself. “It’s more than an honorary degree,” he said. “This means that Wisconsin will finally recognize the hard work done by thousands of college attendees who could not pass up other opportunities. It means that hard working individuals, like myself, will not be punished for having loftier goals than spending four or more years listening to rhetoric from professors. And that means Wisconsin is moving forward.”
Read More...

Return From a Flooded-out Stupor

Saturday, May 28, 2011 14952
After many months of intense research in the field encompassing the areas of Alconomics, Shotology and Keg Studies I have once again returned bringing to light all the glories of my travels through the land of beer and cheese. It became apparent that even after a night of excessive studies, buoyancy could not be achieved and that a life jacket is a wise choice when visiting the city of Jefferson, WI. A wonderful thing about the flooding is that you don’t have to pay for a new couch or desk these days as the street corners turned into mini-free garage sales.
Read More...